You are here: Home › An independent view on Transcendental Meditation : 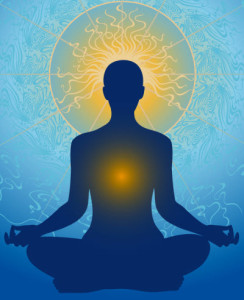 TM : Is it the best meditation ever ?

Well I am not sure but it appears that this ‘Transcendental’ thing has been one of the most popular crazes in Western world. Just type any of the keywords related to meditation in  Google  and you will be surprised to see the numbers of  TM® related  websites on the results pages.

But being a behemoth does not always mean the best and the brightest.

Transcendental : “Of or characteristic of a system of philosophy emphasizing the intuitive and spiritual about the empirical and material”

Transcendence : A state of being or existence above and beyond the limits of material experience

Transcendental Meditation (TM®) was  introduced to the Western world by Maharshi Mahesh Yogi. The TM movement began in 1956 in India and is now worldwide, claiming more than 5 million followers, though the actual number of TM advocates is probably much smaller

Despite it’s being so much visible and dominant on the world of Internet & other media (including Print & Television), there is not even a single instruction of Transcendental Meditation available  for the use of General Public. If you want to learn it – you’ll have to spend a few hundred dollars for learning it from any of the authorized TM®  centers spread world over.

Though, I could not find any instruction on TM, I came to know (by reading various discussion groups, articles and other opinions) that this Transcendental Meditation ( with all it’s glittery & world-wide appeal) is just a form of Mantra Meditation.  Basically it a set of meditation techniques which primarily involved chanting a ‘Mantra’ as per the instructions provided by the TM Center.

When the TM student pays the money, he is given his personal mantra to chant along with  detailed instructions (such as pronunciation, place and timing) for chanting the mantra. He is told not to reveal the mantra to anybody.

The condition of not allowing the chanter to reveal his mantra to anybody defy any logical explanation. Rather, it appears contradictory to  the claims of TM website that it is a ‘scientific validated’ program. Now if something is scientifically validated, it should be able to withstand all scientific tests in all conditions and places.

I could not find any validated (or even invalidated ) scientific study that shows that revealing the mantra to others will lessen it’s effects. In fact there is nothing scientific about it. In an excellent article on TM at the Skepdic.com I found the following explanation of  the above:

“After a TM student pays up to $400 and receives his own personal mantra, he is told never to reveal it to another. Why? Because the same “unique” mantra has been given – on the basis of age – to thousands of people.”

This explains the whole thing. If people can share there mantra with others, who ‘ll pay the  money ?

In my opinion, Transcendental Meditation is a good thing to learn provided you have enough money to spend. Basically it involves chanting of Mantras which are very good tools for achieving a meditative state and in all likelihood, you will be benefited from it. However, use your own discretion while reading  various TM recruiting literature (which is full of charts and graphs demonstrating “scientifically” the wonders of TM.

You will find things like metabolic rate, oxygen consumption rate, bodily production of carbon dioxide, hormone production, brain waves, etc. all measured and charted and graphically presented to suggest that TM really takes a person to a new state of consciousness.)

Meditation is an individual’s  journey to his/her true self. All techniques (be it TM, Vipassana, Zen, Dynamic or Death Meditation) are just simple ways to help you understand your true nature – self. (Read Central point of every meditation technique)  Stress-reduction, relaxation and better health  are just few positive outcome of it. You can get them free of cost if you just try a little bit and explore your inner self.

Don’t depend on any organization, cult or religion for your inner journey. In spiritual path, all of us should follow the last advice of Gautama Buddha – “App Dipo Bhav” which means “Be a light unto yourself.”

What you read above is the opinion of an ordinary student of meditation. He may be absolutely wrong.

This ends our series on Mantra Meditation under Meditation Techniques Section. Let us learn proceed to another  technique.

Gayatri Mantra : The purest and most potent of all Mantras
Dynamic Meditation : The original version