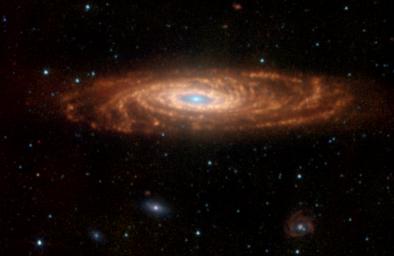 The whole cosmos is Time, Energy and Space

The whole cosmos is made up of three things: Time, energy and space.

The TES hypothesis is inherently obvious, fundamental, and in harmony with a state of mind that values both science and religion. It declares that the universe and all of its manifestations are created by time-energy-space , the TES. Even such ethereal phenomena as love, compassion, souls, and consciousness are all products of this singular and universal being.

There are forms of energy and dimensions of space that have not yet been quantified by science (example – scientists break the light barrier). Those mysterious realities are also within the normal workings of TES and nothing in the universe is truly supernatural and beyond the laws of nature. Everything that exists is created through cycles of the TES, both on the large physical scale involving the formation of stars, galaxies, and planets, and on the subtler inner dimensions involving the evolution of souls and consciousness.

The Hindu word ‘Atman’ means the soul of life and the essence of being. The Atman is not just the individual soul but is defined as the universal soul that exists everywhere. For this discussion we will use the word Atman more strictly to designate that part of the TES that becomes conscious of itself on the grand and cosmic scale. We thus define Atman as the universal cosmic consciousness.

The vast majority of the TES exists unconsciously without feeling or life. This portion is made up of empty space, stars, and the bulk of planets. Primitive life forms that do exist on a minority of planets have a utilitarian consciousness which allows them to survive through interacting with their environment. The fundamental awareness of physical objects combined with the pleasure-pain mechanism creates the evolutionary pathway through which the unconscious TES slowly evolves into the fully conscious TES, the Atman.

When human beings become enlightened their consciousness becomes one with the Atman but they never achieve magical abilities outside of the natural laws and properties of the TES. Even telepathy and astral projection are all normal phenomena for the TES. Enlightened beings remain physically mortal but their consciousness becomes one with that which has always existed and that which will always exist in the future. The evolution of consciousness from the vast unconscious TES to the partially conscious TES, the world of plants and animals, to the fully conscious TES, the Atman, is the path to existential self-understanding.

No human being has ever known the unconscious TES directly. All that we know is within the world of consciousness. We are aware of the unconscious part of the TES only through inference. When you look at a tree you are not seeing the tree directly but rather a representation of that tree created by your own mind. Our experience of colors, smells, tastes, and sounds are all subjective creations of our mammalian neurological evolution. Thus the question: “If a tree falls in the woods and there is no one there to hear it, is there a sound at all?”

On the path of evolution of consciousness one progresses beyond the mere physical and neurological to a consciousness involving subtler forms of energy and unnamed dimensions of space. Even this vast and oceanic consciousness, the Atman, is a normal product of the TES. The Atman is the ultimate living creation of the TES and is inherently immortal.

As long as we feel we exist as individuals we suffer because that perception is based on a temporary neurological illusion. This illusion of an individual ‘I’ is so vulnerable that even sleep destroys it. Every time you go into deep sleep your consciousness temporarily dies and your subjective individual identity dies with it. Get rid of the feeling ‘I exist’ and you get rid of attachments which create tension, suffering, and feelings of danger.

When you focus your consciousness on that which is limited you become small and vulnerable. When you open your consciousness to experience the whole universe you become vast, limitless, and without mental anguish. Thus the art of meditation is the art of inner astronomy.
Siddhartha Gautama, the historic Buddha, is reported to have said that no soul exists. He used the term ‘Anatman’ (no-soul) as a replacement for the Hindu term ‘Atman.’ Siddhartha may have said this to discourage his disciples from becoming attached to the concept of an individual soul which could lead to selfishness. You may be tempted to care for the welfare and spiritual progress of your own soul but not value the souls of others.

Siddhartha may have also said there is no soul because the ultimate experience of the TES is so vast that there is nothing to compare it to. With no comparison possible the experience of everything feels like nothingness. How can nothingness have a soul? How can infinity have a size or a shape when by definition it has no boundaries?

Hinduism and Buddhism are different manifestations of the very same religion. Most importantly, all religions and all things are the creations of the singular being that exists, the TES, the Brahman, the God, the Tao, whichever name you prefer to call it.

The Hindu and Buddhist concept of an ultimate personal liberation, nirvana, is ridiculous if you take the idea too literally. There is some truth to this concept but it also contains a lie. Ask yourself a fundamental question. Who is going to become liberated?

The TES is always creating new life and new souls out of its own being. Unless the whole TES is destroyed liberation from the cycle of birth and death is impossible. The TES creates a soul and that soul experiences both joy and suffering but it is the TES having these experiences in a dream drama the TES itself creates. Therefore the goal of religion should not be liberation from life but rather how to make our life, which is an inevitable and unstoppable fact, more honest and more ecstatic.

Traditional Buddhism has failed because it has made suffering the centerpiece of our attention and escape from life our ultimate goal. When you focus your attention on something you amplify its effects. Therefore the focus of religion should be the joy of higher consciousness, not misery and suffering.

Of all the Buddhists in the history of the world how many have reached liberation? A few dozen? And who was liberated? The TES is still here creating new souls and new life. How can the TES be liberated from itself? Wouldn’t it be more psychologically healthy to define enlightenment as a way to achieve the ultimate life rather than an escape from a hopelessly miserable life?

We can honestly define nirvana as a way to make our life so big, so powerful, and so full of consciousness that no physical body can contain it. Your soul lives on without a body but life does not end and the TES continues forever.

Ask yourself if we should take this game of religion so seriously. We are the TES dreaming, asleep, awake, enlightened, unenlightened,…we are still the TES dreaming. If we make the dream as wonderful as we can that positive effort is a worthwhile religion.

Why should we be a miser with our emotions and why deny the intrinsic value of the TES? To deny our own cosmic identity is to diminish ourselves and this can only do us harm. Buddhists say “Take refuge in the Buddha,” but I say seek refuge and joy in the TES. To me the term ‘TES’ is more accurate, honest, and scientifically valid.

The word ‘TES’ is a temporary creation, as are all the holy words of ancient scripture. These are names used to designate that which is beyond any language. These are sentences designed to express that which cannot be expressed by a mountain of scholarly scriptures. No name can stick, and no philosophy can ring perfectly true, because you cannot paste a bumper sticker on a tidal wave. You cannot condense a supernova into a library.

In time all evidence that human animals existed on this earth will be washed away and new civilizations will be born on other worlds to take our place. Those new conscious beings will discover the unity of the TES, which they will call by another name in a language never spoken by any human being. The meaning, however, will be exactly the same.

Just for fun, here are ten basic precepts for a Tesian non-religion.
1) Basically agree with The TES Hypothesis, which is a soft, lovingly atheistic and science respecting form of pantheism, a minimalist path of open-mindedness and tolerance.

3) No Popes, no hierarchy, no theocracy, no institutions, and no fat-cat gurus riding in Rolls Royces. For Tesians even those who become enlightened remain ordinary human beings in all other respects.

4) No drugs, alcohol, mantras, chanting, or so-called “visualization meditations.” A Tesian must do nothing to cloud the consciousness.

5) A belief that we should help others physically in the real world and not just talk about compassion. Tesians understand that one can only help others from strength and wealth. Asceticism helps no one.

6) A normal, healthy sex life is encouraged. Creating traditional families with one mother and one father is appreciated as essential for the survival of the human race. The natural family unit is the best way to provide a loving atmosphere for children so they may develop a full and complete heart. Tesians do not fall for destructive societal fads and trendy but blind political correctness.

7) The cardinal sin of the Tesian way is to turn meditation into a business. No spiritual prostitutes are allowed in this non-religion because the profit motive kills the soft and sensuous living heart of meditation.

8) A Tesian does not steal, cheat, lie, or use violence except in self-defense. All the obvious traditional principles of good behavior are respected by Tesians and no pseudo-spiritual excuses are ever used to cover up bad behavior. A lie is not “Tantra,” it is just a lie. A theft is not “a device,” it is just stealing. A Tesian must do unto others as he would have others do unto him.

10) The Tesian non-religion is disposable. These ten precepts are designed to be read once and then forgotten. Words are no substitute for meditation.

All the stars are inside me, because I am the space.
There is no history. There is no biography.
I only exist here and now.

Next: 5th idea for contemplation