You are here: Home › Isa Upanishad -Everything is God 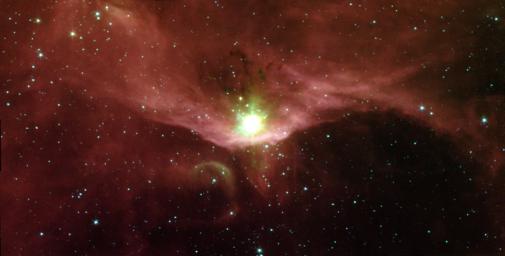 Everything in this Universe is part of God

Isavasyopanishad or the Isa Upanishad is one of the most wonderful books of ancient Indian wisdom. Often called as the ‘Gem’ among all 108 Principal Upanishads, this book of just 18 verses, contains the essence of all knowledge that as been contemplated and experienced by Indian thinkers & philosophers. All those, who are interested in the questions of our relationship with the Universe, will find one of the most interesting and fascinating answers in this book.

Originally written in Sanskrit language, its first verse (which is actually a kind of declaration mantra recited in the beginning and end of the Upanishad) gives the whole essence of the Upanishad. This famous Shanti Mantra, Puranamadah Purnamidam… encompasses within itself the entire message of Vedanta. It unequivocally declares that there is nothing but one non-dual divinity in the entire Universe. Again, instead of going into the verse by verse explanation of this text, I am describing the fundamental idea which this book propose:

We shall start with two questions:

Is there anything from which if we subtract a part of it, even then there is no decrease in its value ?

(Can you think of anything like that ? The question defy any mathematical logic )

Second Question:
Is there anything in which if we add a part of it, even then there is no increase in its value.

(Another question that defy any mathematical logic. )

Though this statement defies any mathematical logic, yet the beauty of this book lies in the fact that it tells us that some of the most fundamental truths of life defy any logic.

It means that if that thing is ‘x’ then

Normally Subtracting x from x should take us to Zero

Again normally adding x to x should come up with 2x

What can be the value of this ‘x’ ? Let us try to find the answer of the above two question  with the help of some analogies.

Consider ocean, it is a huge collection of water. Every year thousand of tons of water get evaporated from it by the effect of Sun. However, there appears no significant reduction in Sea level. At any given moment, somewhere on earth, raining is continue. Every moment thousand of tons of water is being poured into the ocean by all kind of big and small rivers such as Amazon, Nile, Hwang ho and Ganga etc. However, there has been no significant increase in the sea level. So in view of this seemingly constant amount of water in all circumstances, can we say that oceans are the answer of above questions?

Perhaps not. In absolute term, level of water in ocean keep rising and falling  depending upon the collective atmospheric changes of rain, evaporation and influx of water river.

Let us take ‘space’. Everything around us comes under the space. In the journey of time, cities emerges , then vanquished, new cities comes, people built house in space, live in them , rebuild them in space. The biggest of the mountains and smallest of the creatures all spent their lives in space . Every phenomena of nature, every creation and every destruction takes place in space and yet the space remains intact. There appears no decrease or increase in its quantity. So can we say that ‘Space’ is the answer of above questions?

Though space seems to be very probable answer of above mentioned two questions,  it is not the correct answer in absolute term. If we observe from an absolute term, even the space get  an increase or decrease in its value.

A house is built in space. After a very-very long time, that house will decayed completely from wear & tear. After a very long time, there will be no house in that space and  there will again be space in  the place of that house.  However it is clear that during the period when the house was in existence,  at least some portion of that space was occupied by house and for all practical purpose, this particular portion of space could not be used for any other thing.

Therefore, though on a very minimum scale, the value of available space decreased for a limited period of time as this space was utilized by the house. Hence, in absolute terms, the quantity of space increases or decreases depending on the size and quantity of objects that occupy space.

In the above mentioned analogies of Ocean and Space, I discussed these two very big entities (ocean and space) which seems to be constant even if some of their parts are added or subtracted from them. However, the Isa Upanishad talks of an entity which remains intact even in subtraction or addition of its entire value from it. In this Upanishad it has been stated that the whole comes out from the whole yet the whole remains.

Let us make these things more clear, if this whole entity is x, then

The whole Universe merge from x

The whole Universe merge into x

It has been said that there is ‘something’ from which the whole Universe emerges and again merges into that and yet that ‘something’ remains intact. This wholeness is God or divine consciousness.

Then again there will be another big bang, another earth, another human race and life on earth…..The again….in that remote future, this next Universe will again merge into the divine consciousness……And this process will continue.

Sounds interesting ? . If we contemplate over this cyclic play of divine consciousness,  an interesting thought comes to mind….

If the Universe continue to just emerge from and merge into this divine consciousness in the chronicles of time, can we convincingly called our earth and Universe the first product of this cycle?

This revelation reminds us of a verse of Bhagavad-Gita. In the battleground of Kurukshetra. When Arjuna started trembling seeing his near and dear standing on the other side ready to fight with him, he felt the urge to quit and fled away from the war front. At this juncture, Lord Krishna who was his chariot says to him,

In entire Gita, Krishna only tries to convince Arjuna about this supreme reality, about this play of divine consciousness.

The above two questions are very natural to an ordinary mind which is not capable to see them  from a cosmic perspective. The fact is that we as a human being are habitual of comprehending a phenomena from our own limited perspective.

Normally when we subtract or add a part of something from or into it, its value decreases or increases. But these things (the process of addition or subtraction) happens in a plane of reference which we are able to observe from our senses. Always the addition or subtraction takes place in a third plane. Whenever there is a decrease or increase in the value of something as a result of removing or adding a part from ( or to)  it, this incident (of subtraction or addition) takes place in a surrounding which is not a part of this incident.

For example- suppose in a room, a tub full of water is placed. Adding some water into the tub or removing some water from the tub, results into  a increase or decrease in the total quantity of water. The thing to note here is that this incident ( of addition or removal of water from the tub) takes pace in tub which is not a part of this ‘change in quantity of water’. Moreover this tub is place in a room which is not a part of it. On a broader level, the intake of water into the ocean and evaporation of it from heat, results in the total quantity of water but this whole incident take place in space which is not part of this incident.

Taking example of space. If a house is built on a particular space then presence of this house on that place results in a decrease in the quality of total space available. However, this decrease in space (as a result of that house) occurred in a surrounding of the rest of the space  which is not a part of it.

The Universe will continue to born and die, earth and planets like earth had existed in the past and will continue to flourish in future. Since from a human perspective (according to which we have a limited period of time on earth in which we all see childhood, youth & old age) there is a measurement of happening, known as time. And as such there has been a particular duration (in terms of time) between birth and death of Universe.

Om Shanti Shanti. Let there be peace, peace and peace !

The recitation of peace chant is the natural consequence of this understanding. If there is a cyclic play of supreme consciousness( God) is going on, then what is our place in this play ? On this cosmic level, we are just like waves of ocean. Wave emerge and merge into the ocean. This play is continue and the ocean remains intact as it is. So there is no need for panic, tensions or any kind of ill thinking.

Next: 4th idea for contemplation